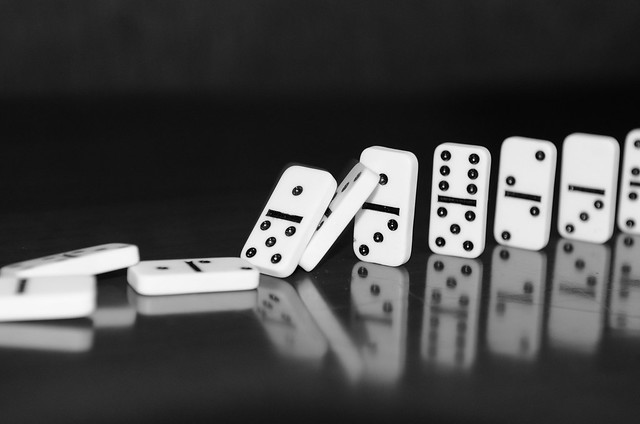 Anyone who has been exposed to a psychology or statistics class knows the idiom “correlation does not equal causation.”

Logic nerds know this phenomena as the Latin “Post hoc ergo propter hoc”  or to the rest of us “after this, therefore because of this”. This is a flaw in human psychology that happens when we see one event correlate with another we think that they must have some causal relationship.

NOT TRUE (not always anyway)

The small scale example of exploiting this flawed thinking is;

The rooster crows immediately before sunrise, therefore the rooster causes the sun to rise.

The fallacy lies in coming to a conclusion based solely on the order of events, rather than taking into account other factors that might rule out the connection. Post hoc ergo propter hoc focuses on the sequence of events and everyone can see the flaw in this logic.

What about more complex correlations? Correlations where we can see over vast amounts of time the 2 variables are so closely linked that you’d be crazy not to make the connection. Down the rabbit hole we go with http://tylervigen.com/

Who knew that the number of people who drowned by falling into a swimming-pool correlates with the number of films Nicolas Cage appeared in?

COVID-19 Knowledgespace considers the health of our customers and staff a top priority, therefore we have acted on the recommendations from the Australian Government. To support our business partners in achieving their learning goals we have implemented online sessions to ensure that training requirements are met. We will continue to monitor and follow guidelines from either the Federal or State Government, ASQA or Skills Victoria and will keep you informed if we need to adapt further. If you need to speak to us about your current contract or are looking to provide online training to your staff please don’t hesitate to contact us. STAY SAFE, WE WILL GET THROUGH THIS TOGETHER
Call Us On 1300 854 722